Turn on suggestions
Auto-suggest helps you quickly narrow down your search results by suggesting possible matches as you type.
Showing results for
Search instead for
Did you mean:
Start a conversation
Options
2993
Views
20
Helpful
8
Replies

In such scenario below, which path will be taken for the workstation to reach the Primary F5 Firewall ?

My take would be via the Red path as it make no sense for the 2960 switch to send the traffic via its port-channel up (and what if it take the 2nd physical link? wouldn't it send the traffic right back to Peer2 ?)

Hope some gurus can shed some light here and point me to the right place in the documentation that states such scenario.

1 person had this problem
I have this problem too
Labels:
0 Helpful
Share
Reply
3 Accepted Solutions

Hi
Looking at the picture its directly connected to the right nexus so It will go across the vpc peer-link , that rule is to prevent looping in the domain but when a pc is single linked that and it has no option it wont take a path down through an access switch and back up through the other nexus it will just be shifted across the vpc peerlink

why not track the mac through the network to be sure as it moves
http://packetpushers.net/tracing-a-layer-2-path-on-cisco-nexus-switches/ 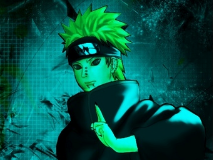 if the end destination is a VPC leg, then it can switch from Nexus where packet lands.

Richard: what i mean is, if the packet arrives on a switch B which is a VPC Peer to switch A.

1. If the DMAC of the packet is learnt via VPC peer-link then that DMAC is either residing on a Orphan port or if its a L3 packet, the NH is learnt via the PL.