Cisco Community
English
Register
Login
We're here for you! LEARN about free offerings and business continuity best practices during the COVID-19 pandemic
RegisterLogin
Options
Turn on suggestions
Auto-suggest helps you quickly narrow down your search results by suggesting possible matches as you type.
Showing results for
Search instead for
Did you mean:
750
Views
0
Helpful
2
Replies 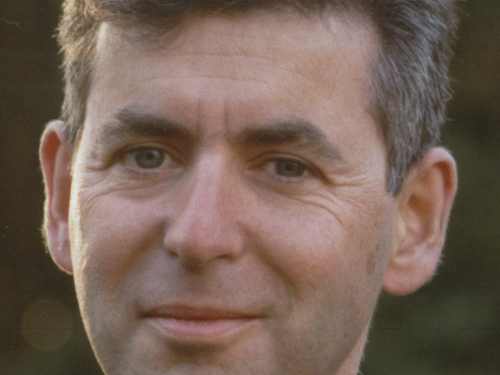 I have set up a SPAN session on a switch within a campus network:

Por Gi0/18 (source) is a trunk port with native VLAN 20. The connected router on this port also uses VLAN 20 as a native VLAN.

Port Gi0/23 (destination) is a trunk port with native VLAN 2. It is connected to a virtual linux machine with Wireshark installed.

I am particularly interested in VLAN 20 on port Go0/18, so initially I set up Wireshark to capture only untagged packets and captured 87,000 packets in one minute.

I later saw that I was getting some traffic tagged with VLAN 20 - I was surprised as I expected the encapsulation on the source port to mean that VLAN 20 would not be tagged. I set up a capture session to only capture packets tagged on VLAN 20 and captured 65,000 packets in one minute. In other words, the flows seem to be fairly evenly balanced between tagged and untagged packets on VLAN 20.

Should I be concerned about this, or is it normal behaviour (based on direction, perhaps)?

Labels:
Everyone's tags (5)
I have this problem too
0 Helpful
Reply
2 REPLIES 2
Highlighted

The internal respresentation of frames in the switch is tagged with Vlan-id=20.

Your suggestion about direction of traffic is likely to apply too.

In my case the SPAN destination port is correctly configured as a trunk port. What I find odd is that I would expect all traffic mirrored on VLAN 20 would be tagged or all to be untagged, not some kind of mixture. It seems strange that this would be 'by design'.

0 Helpful
Reply
Latest Contents
Cisco IOS-XE 17.2.1 – Catalyst 9000 Switching Updates
Created by miuddin on 04-03-2020 03:10 PM
0
5
0
5
Cisco IOS-XE 17.2.1 – Catalyst Switching Updates Cisco has announced the availability of the latest IOS-XE release - IOS-XE Amsterdam 17.2. This release IOS-XE 17.2 is the next Standard Maintenance Release after 17.1 which also has a sustaining lifetime o... view more
Cisco Umbrella Initial Setup
Created by Mohamed Alhenawy on 04-03-2020 05:33 AM
0
0
0
0
In this article, we are going to talk about Cisco Umbrella Initial Setup.- The continuity of IT is the basis of today’s business environment. Almost every single decision made by business is either based on an IT data or done using the IT platform. And so... view more
Community Live FAQ- Cisco SD-WAN Policies: Leveraging the Fu...
Created by ciscomoderator on 04-01-2020 02:04 PM
0
0
0
0
Cisco IOS-XE 17.2.1 – Catalyst Switching UpdatesCatalyst 9000 Family– One Operating System (Open IOS-XE)Hardware Additions since 17.1.1Hardware Additions with IOS-XE 17.2.1Below are the 9200 models with 32 VRF’s support and comes with all C9200 features:B... view more
Cisco DNA Software Demo Series - Cisco DNA Spaces
Created by gajewell on 03-31-2020 05:30 PM
0
0
0
0
Register now Cisco DNA Spaces is a single, scalable, reliable location platform that digitizes spaces by centralizing location services for both people and things. With Cisco DNA Spaces See what’s happening at your properties, and benchmark your performan... view more
CiscoChat Live - New Roles Coming Soon to IT: How Can you Pr...
Created by Kelli Glass on 03-31-2020 02:10 PM
0
0
0
0
Join us live on Thursday, April 2 at 10 am PT (and on demand after) as we discuss Cisco's 2020 Global Networking Trends Report about the changes that we will need to make to get our talent up to speed for tomorrow's network. Join Amanda Whaley and Jo... view more
CreatePlease login to create content
Discussion
Blog
Document
Video
Related Content
Discussions
Blogs
Documents
Events
Videos
Content for Community-Ad