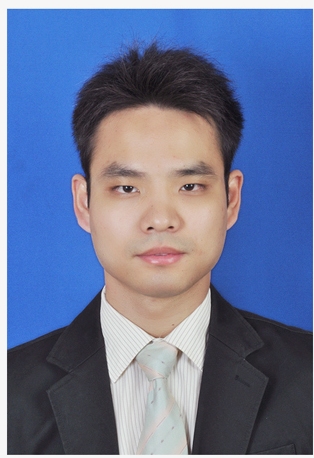 SUP720 back to RP rommon mode after booting completely

Have a good day.

I encountering a SUP720 issue which is back to rommon mode after booting completely and stuck in Rommom mode.

For my opinion, I guess this is a hardware issue because this happen after customer`s electricity interruption.

But from the "logging" I found it notice “Possible software fault”.

Does anyone can confirm this issue is hardware or software?

Labels:
Everyone's tags (1)
6500_back_to_rp_rommon_mode_after_booting_0.txt
1 person had this problem
I have this problem too
0 Helpful
Reply
1 ACCEPTED SOLUTION

Unfortunatly you really need flash card on Sup720 it does not support xmodem like standard switches, you can pick up a generic one pretty cheap and format it.

Therefore, always keep a copy of the image in disk0 or disk1, or the MSFC boot Flash. If you do not have any copies on either disk0 or disk1 and you encounter the problem of a missing/corrupted image, the only way to recover is to copy the image on the Flash disk from another switch.

so this really should go to

so this really should go to TAC as it produced a crash file from the output, should be in your flash that will contain a lot of info , power surge could easily corrupt software or hardware or both

Is there only 1 image on the switch or can you boot another one from rommon to rule of the software ?

Can you get the switch back online at all  , the show stacks of that effected switch that crashed and if you have the crash file it may show something , crash file should be still retrievable either way

At the time of bootup, a router can detect that a Cisco IOS software image is corrupt, return the compressed image checksum is incorrect message, and attempt to reload. In this case, the event is reported as a software-forced crash.

Thank you for your response.

Actually,this switch is out of service.

This switch cannot boot up, it always stuck in rommon mode.

Is there have a way to upload another image and boot from it in rommmo mode?

I read this document before(Recovering a Catalyst 6500/6000 Running Cisco IOS System Software from a Corrupted or Missing Boot Loader Image or ROMmon Mode，http://www.cisco.com/c/en/us/support/docs/switches/catalyst-6000-series-switches/17050-14.html#Sup720）,it says that insert another disk and boot from that disk to recovery. I do not have a Cisco CF card......

Unfortunatly you really need flash card on Sup720 it does not support xmodem like standard switches, you can pick up a generic one pretty cheap and format it.

Therefore, always keep a copy of the image in disk0 or disk1, or the MSFC boot Flash. If you do not have any copies on either disk0 or disk1 and you encounter the problem of a missing/corrupted image, the only way to recover is to copy the image on the Flash disk from another switch.

I will try this method after Chinese Spring festival holiday.

So they say to use only Cisco

So they say to use only Cisco CF cards  ?  If not got around it before by formatiing generic card to FAT16 that may work for you worth a try if you have no others there , or else if you have another 6500 with a CF card borrow that as they don't need one to run it live,only at reboot is the CF used

It isn`t as same as this document said.

I experienced exactly the same problem. On 15 of my 6500's. After power surge your 6500 boots in ROMMON. Al having SUP720 modules. So you issue the command "boot" from console and it will boot. Checked the config register and it was correct 0x2102 for the RP after boot. I power cycle it and it was back in ROMMON. I set the config register of the switch part I believe then in ROMMON and power cycle it, and it boots fine. Power cycle it 2 times then, fine both times. One month later I was back. Power surge and config register had to be set again. After number 4 , I replaced the SUP720 and I never had to go back again.

In my office I tried to simulate this problem with the power switch on the "faulty 720". switching it off at different times. It never went into ROMMON again. So to simulate it, I could not get it to ROMMON again. In the field, it gives you problems.

I have sites with 10 x 6500's installed of which 8 went into ROMMON the same time, after a power surge. The one I replaced with a never version 720, is running now for 2 years without a ROMMON failure. The others we still needed to drive out and set the registers every now and then.

I changed employment recently, (New Country) and they have exactly the same issue.

Do you know of a TAC number for this possible?

Actually, we had RMA the supervisor.

The TAC told me this is maybe a hardware or software issue, the best way to fix this is RMA.

I try to that method, but the switch can not recognize that CF card.

I mean that it can not display a partition called disk0,disk1 or slot0.

I pretty sure that CF card can work. If I am using a dir in this switch before carsh, it can display a partition called disk0.