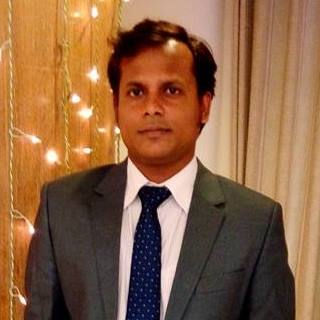 I have two switch connected by access port. And in syslog it is showing native vlan mismatch. Can anyone describe it why we connect two switches by access port with different access vlan in 2 switches. Here is an sample configuration given below:

Since the ports are defined

Since the ports are defined as access ports, this will "function" normally, and just send standard untagged Ethernet packets, and will function.

CDP, however, runs on the ports and has determined you have interconnected 2 switches; and the VLAN neighbor information differs (CDP will also report on duplex mismatches and a few other things).   It looks like the first switch listed above has no vlan specified, so presumably it's vlan will be 1 - was that intentional?

While this isn't technically a problem, it can cause some confusion; and wouldn't work at all if you later decide you need VLANs in place and designate these ports as trunk.  This can also be annoying during troubleshooting when the logs are full of VLAN mismatch messages, and your important event has scrolled off.

Fix is to actually change the vlan numbering on one of the switches to match the other; although this can be tricky to change if remote (you probably lose the connection when you change the port vlan setting; midway through the reconfig ! ).  A workaround is to disable CDP on these ports ("no cdp enable"), so they don't exchange CDP information.

It may work well, but as

It may work well, but as pwwiddicombe said, in case if you make it to trunk it can end up in undesired results. So in future if you are changing this to a trunk to allow multiple vlans over this link, ensure you remove these access vlan commands and configure same native vlan at both ends. 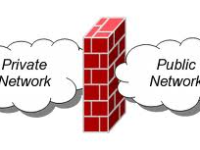 The original post asks an important question which none of the responses so far have addressed. The question was "  Can anyone describe it why we connect two switches by access port with different access vlan in 2 switches". I can suggest a couple of possible answers to this question:

1) It is quite likely that this configuration is the result of an error on switch A. Perhaps the person overlooked the need to assign a vlan, or perhaps the switchport access vlan command was entered but there was a syntax error and the command was not accepted, or perhaps the config was done with cut and paste and there was a buffering issue which caused a command to be dropped.

2) It is possible that the configuration was done as a test to see what would happen.

If you found this post helpful, please let the community know by clicking the helpful button!
By doing so, and until end of January, you are helping Doctors Without Borders
5 Helpful
Reply
Latest Contents
Cisco ASA failover status, Sensor for PRTG
Created by Oleg Volkov on 01-17-2020 10:10 AM
0
5
0
5
Hello!We update our ASA Failover sensor for PRTG.Improve usability.New manuals.You can read about it in attachment file.Download sensor from: http://www.powerc.ru/download/asafailover.zip
network issue
Created by abandoumo on 01-16-2020 09:08 AM
4
0
4
0
good morning I have this report from users, saying that they encounter connection issue only when they are wired , but the wireless I fine. both connection are using the same path to the internet ...please advised a troubleshooting plan.
16.12.3 Beta Release for Catalyst Switches
Created by okumar on 01-16-2020 08:30 AM
0
0
0
0
Enterprise Switching Business Unit is glad to announce Beta release 16.12.3 for all Catalyst 9200/9300/9400/9500/9600. This release is made available to allow users to test, evaluate and share feedback before General Avail... view more
CDP/LLDP neighbors via SNMP, VLANs data and hosts on ports -...
Created by Oleg Volkov on 01-15-2020 11:16 AM
0
5
0
5
Hello.I make tools for gt CDP/LLDP data? VLANs/SVI and connected hosts (MAC/IP/Vendor).Work rfom windows.Can be exported to xml/json filedownload from: http://www.powerc.ru/download/PowerTOOLS.msi (for Windows).If You have questions please contact wi... view more
EHWIC-4G-LTE-G upgrade software
Created by m.x on 01-13-2020 04:36 AM
3
0
3
0
Hi there, I'm looking to upgrade the EHWIC-4G-LTE-G SKU MC7710 but i cant find the right firmware, or do I? I feel like I'm running arround in circles:Here I find the upgrade link: Cisco Firmware Upgrade Guide for Cellular Modems:  htt... view more
CreatePlease login to create content
Discussion
Blog
Document
Video
Related Content
Discussions
Blogs
Documents
Events
Videos
Content for Community-Ad