the system does not start up, potentially it is stuck in bootloop. At the start there only appears shortly the CISCO Logo. I will send my contacts by mail now a log for review.

Labels:
2 people had this problem
I have this problem too
0 Helpful
Reply
5 REPLIES 5
Highlighted 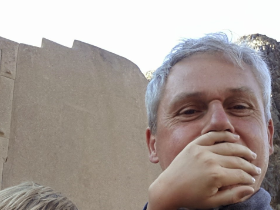 I looked at the log you sent via email. The codec boots as far as the login prompt, but then apparently reboots.

Either the main application crashes or there's some hardware issue.

Press 'b' to enter u-boot prompt

The you should get the u-boot prompt.

From there, we need to set some environment parameters so the codec does not reboot when it crashes and we can access the root shell to get the logfiles.

Now when there's a crash, it should not reboot.

login as root and get all the logfiles

Last is secure copy to get file from your codec to some unix system.

You can also use winscp or some other program to get the file of the codec so it can be sent over.

If there are crashes, we should be able to run the files through a tool to look for known issues.

That would be the first step.

Also, at the CASPER> prompt, collect the output of hwmon :

That will show the voltages are in spec or not.

If you can get these files, that would be great!

Another way of looking at error messages would be to use following procedures, ones you broke into u-boot.

Now all the logging info is sent straight to your console.

I have a cisco c60 codec, it powers up and show the green LED in front of the codec, but no display. i connected a serial cable via usb to my laptop and tried connecting using PUTTY and SecureCRT, but no response from the codec. pls can anyone help resolve this issue. am i connecting wrongly. serial connection is (Baud Rate- 38400, Data bits- 8, Parity- None, Stop bits-1, Flow Control-RTS/CTS -ticked.

VIP Advisor
In response to room001

Have the serial cable connected and the terminal app running before powering on the endpoint, then turn it on and see if you can see any of the boot messages on the screen.

If you need to, you can also repeatedly press "b" while the system is being powered on, which should break out in to the u-boot where you can then use the "selectsw" command to try to swap to a different software image, or perform some other low level troubleshooting.

Wayne
--
Please remember to rate responses and to mark your question as answered if appropriate.
0 Helpful
Reply
Highlighted

Beginner
In response to Wayne DeNardi
Thanks for your quick response. The device is still not working, cant connect to it, tried the serial connections and changed the flow rate. is there a diagnostics tool i can use?


Disclaimer: This e-mail and the attachments transmitted with it are confidential and intended solely for the use of the addressee. If you have received this e-mail in error, kindly notify the sender. If you are not the addressee, you should not disseminate, distribute or copy this e-mail. Any views or opinions expressed in this e-mail or attachments are solely those of the sender and may not necessarily represent the views and opinions of AITEO Group and or her associate companies. This e-mail may however contain information which is protected by legal, professional or other privileges. The contents of this e-mail and its attachments have been scanned for all viruses and all reasonable precautions have been taken to ensure that no viruses are present. You should however carry out your own virus checks before opening this e-mail or its attachments as AITEO Group cannot accept responsibility for any loss or damage arising from the use of this e-mail or its attachments.
0 Helpful
Reply
Highlighted

VIP Advisor
In response to room001

Neither of the images you put in your reply seem to work at this end.  Are you able to attach them again?

Other than the serial port, or accessing via the network, there aren't really any other "diagnostics tools" you can use.  If it's looking really dead, your best bet would be to RMA the device through the TAC.