How to use the command display all serial number on cisco ucs server ?

How to use the command display all serial number on cisco ucs server ?

Only serial number of blades and adapters are requried when we want to replace these parts.

Beginner
In response to padramas

our company bought 4 b-series blade chassis with blades as a bundle, and 224 memory DIMMs as "not in bundle" for these blades, and service contract of course. Now i m trying to tie these 224 DIMMs to my service contract with all equipment above.

1) Cisco takes account all DIMMs and blades where DIMMs are pluged in. This information you can see within service contract at your cisco account.

2) Cisco UCSM provide me only Vendor Serials, which cisco tac team can't use.

3) I cant stop the UCS System to plug out each memory and see the serials on it.

4) Need Advice – What command in UCS (for example “show inventory”)Have to I do to see DIMMs Serials cisco tac team need?

Participant
In response to cbsitstuff290

I have had a similar problem and I share your pain.  The support for serial numbers in UCS is not great.  What's worse is that the Cisco Customer Service Centre (CSCC) are absolutely clueless about UCS so they will close requests where you quote the vendor serial number, as being invalid, and then try to tell you that what you have quoted isn't a UCS component.

For example, I've been trying to get the serial numbers of my two CPUs updated for over 2 months with CSCC (due to a DOA RMA).  CSCC have no idea what to do and continually close cases relating to this request stating that the chassis serial number is right, ignoring that it's the CPU serial numbers which I keep asking for that need to be updated.  Compounding that, the CPU serial numbers aren't accessible in CIMC unless I dismantle the server and actually pull the CPUs out to examine them.

I just hope that I don't need to ever have a CPU replaced one day, as none of the serial numbers will match when it happens.

What would be really useful is if there was an enhancement request in Bug Toolkit to gather all the correct details in UCS, much like there is in IOS ("show inv") for routers and switches.

There are multiple ways to get the inventory report of all UCS servers ( XML API, powertool, call home inventory etc ) .

TAC does not ask / requires serial number of DIMM or CPU when it needs to be replaced.

I am not aware of procedure for updating the contract with additional parts.

I need time to check the process.

In the meantime, you can contact your Cisco sales engineer or customer service on assisting with updating your contract information.

Advocate
In response to padramas

My favorite CLI commands to get inventory information are:

Participant
In response to Walter Dey

Unfortunately those commands don't work on standalone UCS though :-( 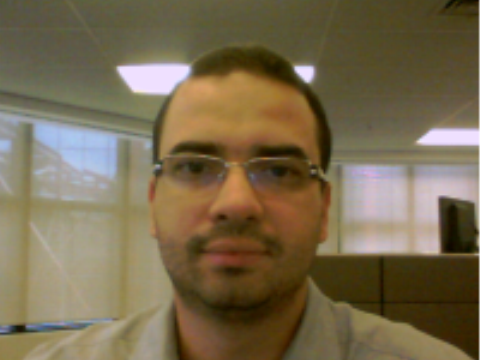 Beginner
In response to padramas

"TAC does not ask / requires serial number of DIMM or CPU when it needs to be replaced."

This is not true. I'm currently in the process of RMA'ing two CPUs and my TAC rep has sent me a form to fill out which includes "Serial Number of CPU".

what's the command for viewing the serial of the interconnect 6120?

Cisco Employee
In response to afsharki2

Powershell pulls info from both FIs in one command.

Beginner
In response to afsharki2

What is command for viewing the dimm module serial no

Beginner
In response to AFNET HCL

*This will display all DIMM Serial Numbers installed on UCS

I recently needed to get the serial numbers of some NVIDIA GPUs in our UCSM-managed servers.

Unfortunately the UCS Manager is also displaying a different number than NVIDIA is knowing.

Is there any way to get the vendor serial numbers via UCSM rather than removing the graphics card from the server and looking on the label?