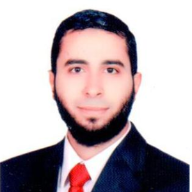 I am really having a nightmare that is called S3260! Tons of bugs and caveats that face me in every step. Currently, I am trying to install windows server 2016/2019 on any of its disks/LUNs but it fails. In the Legacy mode, it boots from the kvm mapped windows iso but when I select the disk to install windows, it fails with the following error: "Windows cannot be installed on this disk. This computer's hardware may not support booting to this disk. Ensure that the disk's controller is enabled in the computer's BIOS menu." I tried to add a disk/LUN as a boot option but it fails with the following error: Boot not supported for LUN/JBOD on 4K block sized drives. In the UEFI mode, it accepted to add the disk as a boot option but it did not boot from the kvm mapped iso.
All disks are 8TB SAS.
Any ideas?