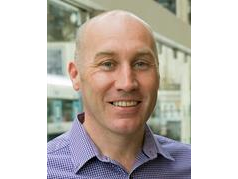 I've written a Finesse gadget that updates call variables, including ECC ones. This is using the code widely available on the forums. This works fine, and I can see the variables updated within the standard Call Control Toolbar when they're configured to be displayed.

However, the ECC variables are not being saved into the HDS database after the call ends - the standard variables are. The variables are correctly named and have been marked as persistent.

The variables are copied to the recipient agent when the call is transferred so I believe the gadget is performing all it can do.

Interestingly, if the IVR script populates the variables before the call is routed to the agent, then the gadget will see the value as populated. However the value is actually then stored in the HDS database but only the value set within the script. Any updates to that value by the gadget do not make it into the database.

Is this supposed to work ? We've tried to raise a tac case but it was rejected out of hand due to it being gadget related.

Labels:
I have this problem too
1 Helpful
Reply
3 REPLIES 3

Let me make sure I understand correctly, so after you update the ECC variables, the new values get reflected on the UI (dialog object), but when the call ends, those updated values do not persist.

The updates to the call/ecc variables get sent back to the CTI server, so it isn't a Finesse only kind of thing. Whether it is supposed to be stored in the HDS database, I do not know that answer. I will try to get an answer for you.

Beginner
In response to dekwan

Yes that's absolutely correct. The variables are updated within the dialog object but are not saved to the HDS at the end of the call, unlike the call vars 1-10.

Cisco Employee
In response to andysteel

Sorry for the delay. It took a while to chase this down.

You had said that the callvariables are persisted after the call ends, so I am assuming your persistence flag is turned on. I got confirmation from the CCE team that the ECC variables should be persisted as well with that flag on.

So they had asked for a TAC case to be opened. I know you had already mentioned that you opened a TAC case and they closed it because it was gadgets related. I suggest that you include my analysis (and give them the link to this forum). If they try to push back, feel free to loop me in and I'll talk to them.