Welcome to the new Cisco Community. LEARN MORE about the updates and what is coming.
Turn on suggestions
Auto-suggest helps you quickly narrow down your search results by suggesting possible matches as you type.
Showing results for
Search instead for
Did you mean:
Start a conversation
Options
6513
Views
15
Helpful
19
Replies

Just want to create a post to see if anyone else has noticed this issue.

Issue #1: Audio quality out of the speakerphone of 8800 series phone is noticeably worse than 7900 phones.

Issue#2: I am having users report of a popping/crackling noise during calls out of the speakerphone.  I have also experienced this myself on my 8861 phone.

Issue#3: There is a subtle buzz/vibration noise coming from the speakerphone when going off-hook and just listening to the dial tone of 8800 phone.

I suspect that there is a hardware issue with the actual speaker of the speakerphone of the 8800 series phone.  I have 8851 and 8861 phones deployed and have had this reported on both models.

See attachment of what the popping noise actually sounds like which I recorded with an iPhone while it was occurring on my 8861 phone.

The popping noise is pure random and I am unable to reproduce it on demand.

2 people had this problem
I have this problem too
Labels:
8800_audio.zip
0 Helpful
Share
Reply
19 Replies 19

Hi Joshua. We are running into same issue with 8851 on a large scale deployment. Was cisco able to give you another firmware. It says v11 but it isn't posted on CCO

Toormehdi, We sent 4 of our phones off to Cisco. 2 went to China and the other 2 went to California.  We actually had our sales engineer and a Cisco Telephony TME witness the issue firsthand and replicated it on their equipment.  We still have not heard anything back from Cisco on this issue.  We have 400 brand new 8851s sitting in boxes until they figure this out.  Should have just stayed with our trusty 7945s.

Beginner
In response to bradbreaux
Options

Any update on this thread? Just purchased a few hundred of these phones, and worried after reading this. Was there a firmware fix for this or hardware related?

Since ES are not publicly available for download, you will need to open up a TAC case.

We have pushed the firmware to few phones as of yesterday and will be monitoring/testing for a week.

Thank you for the quick responses.. please keep me updated on how it works out and if it resolves the issue. I just deployed around 300 phones for a customer (8800) and no noticeable voice quality issues whatsoever.

However I did notice, intermittent phones getting stuck issues (whenever the configuration is applied) and the phone gets stuck under "Registering" mode till someone physically unplugs and plugs the cable back in. 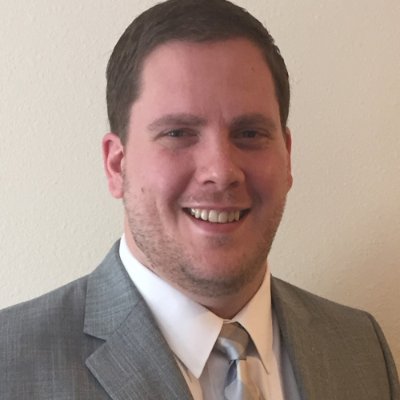 We too are experiencing the same crackling issue with our 8800 series phones.  We are opening a ticket to obtain the listed firmware today.  I will follow up with our results.

Thanks for the leg work!

I loaded the new firmware last week and waited over the weekend.  So far so good on the crackling issue.  I'm now preparing to push it to 500 additional phones.

As for the buzzing sound that some are referencing, I don't really notice this issue.  My ear cannot detect any difference in the wav files attached above.  My only issue was the crackling, and I'm pretty close to reporting success on that issue.

Did the ES firmware resolve the issue? I just received it from TAC and don't want to waste my time if it doesn't resolve.

It did work on all phones.  I was also pleasantly surprised by how much faster the 8800's upgraded compared with the 7900 series phones.

Thank you for the feedback.. we will try the same as well. I don't understand how Cisco hasn't made this part of the latest firmware release. I would think this would be a widespread issue that would warrant this..

Firmware loaded on phone yesterday and no popping since, but it is very sporadic in the issue arising.  We will not consider it resolved until we have more time to evaluate.  The audio quality on the speaker phone is still no good.  The wideband codec seems to help a bit, but at g.711 the 7945s sounds way better.

Still no solution.  As the other user posted we have sent off some of our phones to Cisco engineers to investigate.