Is possible to get live audio from TV (Bloomberg) and send it to Callmanager? My customer wants to call to a specific extension and this one needs to open automatically with Bloomberg audio. Is it possible?

Never tried this, you might want to check this with someone knowledgeable on CTI programming about how feasible this would be, but you could have a CTI RP/port in which you answer the call and immediately put it on hold, and use a multicast MOH source in which you input the live audio from whatever source you need. 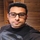 if you are asking about MOH streaming from outside. Check BARIX Instreamer. This was used for a radio streaming solution with CUCM.

go through the below and check if they have a product range which match your requirement.

Interesting product @Nithin Eluvathingal from the look it has support for accessing a stream via an xml service on a Cisco phone, apart from other options.

Thanks for your answers. But I resolved it with a FXO, to receive audio from a LED Processor, and queue with B-ACD. Now, we are able to call to B-ACD extension and listen the Bloomberg`s audio.

I found an information that is possible to use the CUCM 7`s queue, with hunt group empty, to do the same thing, but with a better way since the queue time is bigger than B-ACD. Has Someone the CUCM 7`s ISO to share with me to do lab?

Hall of Fame Cisco Employee
In response to Vitor Salles

I found an information that is possible to use the CUCM 7`s queue, with hunt group empty, to do the same thing, but with a better way since the queue time is bigger than B-ACD. Has Someone the CUCM 7`s ISO to share with me to do lab?

Queues were introduced in CUCM 9.x, so... either they messed up on the version, or they were using something else for queues.

I did the same thing years ago running an external Asterisk box that you could call and get held to a streaming audio source, and had a variety of things such streaming audio, recorded announcements, sound effects, whatever.

Instead of the Barix streamer, one thing I've done way long ago was just repurpose an older phone, and use the XML URIs the thing has built in. I would post to it to tell the phone to transmit over multicast RTPMTx , then have a SURL button you could press to trigger the RTPMRx on the phone. You can't really control the volume of that one easily though. VLC can also be coaxed into streaming RTP that the phone will actually decode and play back but I only managed to get it to work once or twice.

I'd still like to implement this and just have a streaming set of noises like white noise, rain, whatever to try and combat the open floor plan craze, should we ever go back to that.