First, I work for a public school system so my explanation is based on that of a campus. A decade ago I setup Auto Attendants on what was then simply Unity 4.x to work with CallManager 4.x so callers could route themselves to key personnel or press 0 to be connected to those in the front office via Hunt Pilots. I then moved to a different solution, but recently moved us back to CUC about a year ago. I am now nearing the end of our conversion by recreating the Auto Attendants in CUC 11.6 pairing with CUCM 11.5. Now my challenge.

Below is the desired path for a sample call to a campus.

Although I thought I had this working, it turns out by default that CUC passes the call to the first DN calling rather than the last DN calling (like a busy/no answer roll gets pulled back to the voicemail of the original/intended called DN). A knowledgeable person posted on my previous thread about this that I could tick the check box for "Use Last (Rather than First) Redirecting Number for Routing Incoming Call", which - on the surface - resolved this issue. Unfortunately, now those who support their bosses with busy/no answer get the callers' voicemails in *their* accounts rather in their bosses'.

Since these two solutions are incompatible, I am open to options on how this call routes and ultimately lands in the Campus Call voicemail (maybe use a different DN than 4439?). I guess either things changed in the last decade or I just simply do not recall how I had it working back then! I've dug through articles but seem to find only the call center type of solutions - basically without voicemail involved as an endpoint. I appreciate any ideas the community can lend! 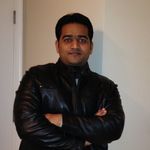 Thank you for your proposal, Vaijanath. Could I more simply use 4420 as the primary extension for this account? I had considered this, but was unsure what the "first DN" was in this scenario: 4420 (Hunt Pilot) or the first Line Group member.

Never mind. I realized I had to do it exactly as you had reported, since I cannot add the Hunt Pilot DN as a DN on the phones for MWI. Thank you very much!