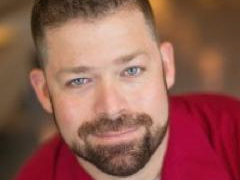 In part I of "Script an ASDM Session", we looked at how to MiTM an ASDM session in order to understand how to leverage the ASDM web interface for our own automation needs. In this article, I will disect a small python app that I wrote demonstrating how to script against the ASDM interface.

Disclaimer: Look, I'm a hacker. I hack away at code to get what I need done. My code isn't necessarily pretty, but I try and follow PEP8 style guide standards.

You can start by cloning this repo from github.

In the repo, you will find a sample asdm library. I wrote this to be simplistic and readable. One would likely want to make this a little fancier, but for educational purposes, I intentionally made it simple.

Some things to note

Here, we can see that instead of obtaining an asdm session token, we are simply base64 encoding our username and password and passing these credentials to the asdm interface as a simple header.

In part I of "Script an ASDM Session", we saw that by using a MiTM packet capture, we could extract the payload of virtually any command issued by asdm session. Armed with that knowledge, we can reconstruct asdm calls in our our code.

From part I of "Script an ASDM Session", we saw that a configuration or data payload drop to the asdm interface looked a little like a soap api call.

To issue a packet tracer, let's use this same structure. You can see that we did this in the asdm library, where we wrote a function just for testing tcp packet-tracer packets originating from the outside interface. This class method takes a source IP, a destination IP, and a destination port and runs packet-tracer to see if this traffic "from the Internet" is allowed into the protected segments. Note that the source port is a random integer between 1024 and 65535 because, well, that's what a real client would do.

So, hopefully, this blog post and the github code has left the reader with enough breadcrumbs to begin constructing their own asdm interface calls. The next logical steps would be to interface this with something like Ansible and/or constructing your own api that would provide simple rest interfaces to the asdm "xml-ish" interface.

Latest Contents
Reach static NAT mappings from inside
Created by hoffa2000 on 12-04-2021 02:14 AM
0
0
0
0
GreetingsI've been playing around with FDM and an FTD 7.0.1 and I'm having trouble understanding how to reach a NATed host from the inside network. It's a pretty basic setup with 192.168.1.0/24 as my inside network and 10.10.10.0/24 as an DMZ with some ho... view more
ASA 5585-X, slow OSPF convergence after failover, 180 second
Created by d.pakhomov on 12-04-2021 12:06 AM
1
0
1
0
Hello everyone, We faced this issue more than year ago. Software version is ASA 9.12.4 or 9.6.4. We had few cases in Cisco (like 692054705) and in our local support partner. But it looks like nobody have real willing to do anything with this bug.&nbs... view more
is there any downside to setting the reporting multiplier to...
Created by Tomki on 12-03-2021 04:25 PM
0
0
0
0
disclosure: I don't think so; the default inflation of 3 may or may not be valid, but it doesn't actually represent what happens on the system.  Maybe it's good for internal marketing?  So I see this post is more of a recommendation than a quest... view more
Secure Endpoint (AMP) scanning on system resume
Created by Stevedavidbrooks1 on 12-03-2021 02:00 PM
0
0
0
0
All, I have 1 client (entire organization) that when computers resume for hibernate, Secure Endpoint will start scanning. Anyone seen this behavior before? When a laptop goes into hibernate mode and then enters resume, SE will scan. We have several o... view more
Cisco ASA Remote Access VPN w/ ISE as a Radius Server + Yubi...
Created by latenaite2011 on 12-03-2021 09:26 AM
3
0
3
0
Hi Everyone, Does anyone know if we can configure Cisco ASA Remote Access VPN using ISE as a Radius server with Yubikey as a two factor authentication?  I read that there might be a password limitation of 32 characters and the Yubikey uses 132 c... view more
Ask a Question
Create
+ Discussion
+ Blog
+ Document
+ Video
+ Project Story
Find more resources
Discussions
Blogs
Documents
Events
Videos
Project Gallery
New Community Member Guide
Related support document topics