Turn on suggestions
Auto-suggest helps you quickly narrow down your search results by suggesting possible matches as you type.
Showing results for
Search instead for
Did you mean:
Start a conversation
Options
2656
Views
15
Helpful
8
Replies

However the first iteration of software does not support stackwise virtual, which I'm sure 99% of people require.

Can anyone tell me when they expect this feature to be available in this switch? 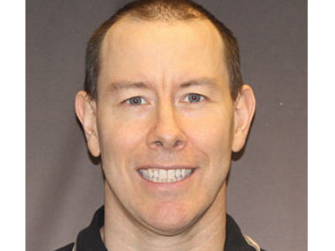 I work in the marketing team that covers the 9600.

The best I can say right now is that the next major code release is planned to have support for 9600 + SWV. That would be the IOS XE 16.12 release.

As far as timeframe, the best I can say is that it is planned for end of July at this point, but that is subject to change as roadmap items always are. I wish I could give an exact date, but it is too far out with too much testing to be done for that kind of  commitment at this point.

That's good news, many thanks for the reply.

Another requirement of ours is 1Gig support, I can see that the LR and SR sfp's are not supported in the first shipment.

Will these also be included in the next release of software?

Carl,
I contacted a colleague who informs me that this is also planned for the same release. As a reminder, this is a roadmap item  which is subject to change in timing.

I have a pair of older 6506E chassis with a VSS-720 configuration.  The VSS 720 uses a pair of ISLs that are 10G singlemode fiber links between the two chassis to provide the control plane link.  Do the new 9600s use the same type of connections for the control plane link or is there some new type of stacking cable that must be used?  The older VSS 720 configuration only supported two chassis for VSS.  Do you know if the newer chassis ( assuming they are using stackwise ) can be configured with more than two chassis?  For example, could I have three 9600R chassis operating under a common control plane?

Hall of Fame Expert
In response to fdouble08
Options

Stackwise virtual is just another name for VSS. So, VSL config and how you connected the chassis together should all be the same.

As far as I know, the limit is still 2 chassis.

yes SVL Limited to 2 chasis, but you can joing Different Domains.