I would like to implement DHCP snooping function beetween a cat4510 (name switch A) with one DHCP server connected to it (vlan_dhcp_server) , and an access-switch (name switch E, DHCP client on vlan_dhcp_client) also connected throught several switches (names switches: B, switch C, switch D) to switch E.

on switches B, C and D
no DHCP definition

on the router (switch cat4500 acting also as a router):
the interface to swith A is in a trust mode, but dhcp snooping isn't running/activated 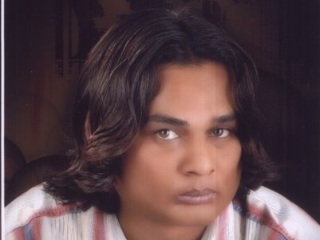 DHCP snooping feature can't be considered as domain wide implementation like VTP.  As you might be aware that DHCP snooping binding database is stored locally on the switch, so i m sure that you need not enable DHCP snooping through the way.

What you can do is enable dhcp snooping for the vlan on the switch where client is connected and make that port as untrusted and uplink from upstream switch as trusted. and check for the dhcp snooping binding or database on the local switch, which makes sense to me.

What i believe is such features cannot be deployed in campus at one go looking at the size... so its practical to say you can deploy it on one switch and server may reside on other network separated by several devices switches or routers.

Beginner
In response to Hitesh Vinzoda

Thank you for answer. Yes I think like you. Then I go on testing,  DHCP snooping is running ok on switch A, with no DHCP function on sitches B, C D and E. The last problem I met on switch A is in fact related to   option 82.

Latest Contents
Unified Communications on Catalyst 8000- Slides
Created by Cisco Moderador on 06-21-2021 11:18 AM
0
0
0
0
Community Live-Unified Communications on Catalyst 8000 This event had place on Tuesday 22nd, June 2021 at 9:00 hrs PDT  The Catalyst 8000 family is purpose-built for the next generation of WAN Architectures featuring industry-leading performance and ... view more
Agile Networking with Cloud-managed IT
Created by Calvyn Lee on 06-13-2021 07:33 PM
0
0
0
0
Agile Networking with Cloud-managed IT [Meraki The Future is here] Cisco Meraki The Future Is Here: Agile Networking With Cloud-managed IT Your customer’s employees are in hybrid workstyle from home, the road, and the office and IT teams need t... view more
Smart License Using Policy - FAQ
Created by Pradeep Chaudhari on 06-09-2021 10:11 AM
0
0
0
0
Community Live-Unified Communications on Catalyst 8000 1. Smart Licensing 1.1. What is Smart Licensing? A. Cisco Smart Licensing is a flexible licensing model that provides you with an easier, faster, and more consistent way to purchase and manage so... view more
Connect to any cloud, anywhere, securely, Cisco DNA
Created by Calvyn Lee on 06-01-2021 11:18 PM
1
15
1
15
Cisco DNA - Cisco SD-WAN: Connect to any cloud, anywhere, securely  Cisco offers on-prem and cloud-managed WAN edge solutions to meet these new demands. Connect any user to any application with integrated capabilities for multicloud, security, ... view more
Future Cloud. One Event. A world of opportunities.
Created by Kelli Glass on 06-01-2021 02:33 PM
0
0
0
0
Join us for this virtual event as cloud providers, integrators, ecosystem technology partners and customers discuss what tomorrow's cloud will be and what you need to know to prepare. Get ready to hear about innovations for faster operations, mult... view more
Create ContentLogin to create content
Question or Discussion
Blog
Document
Project Story
Video
Related Content
Discussions
Blogs
Documents
Events
Videos
Project Gallery
Content for Community-Ad