Welcome to the new Cisco Community. LEARN MORE about the updates and what is coming.
Turn on suggestions
Auto-suggest helps you quickly narrow down your search results by suggesting possible matches as you type.
Showing results for
Search instead for
Did you mean:
Start a conversation
Options
43379
Views
20
Helpful
8
Replies

How to configure catalyst switchport for cisco ap

I am wondering how should I configure the cisco catalyst switchport that connects access point, so that access point would work the best it could?

It happend to me twice when all clients on WLAN had trouble accessing network resources.

Rebooting of AP didn't help, after removing ap from switchport and getting it back they worked again. 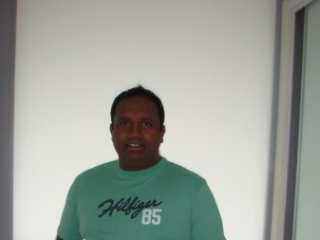 Basically below cases can be identified in deploying a Wireless solution using IOS APs.

Newly created Wireless VLAN and all clients and APs go in that VLAN.

Furthermore below Cisco article might be useful to check your switch and AP configuration.

If you are having issues with slow connectivity and drop-outs might be worthwhile also checking if all hardware is compatible with each other. Wireless band as well as client wireless cards.

do you have more than one WLAN on that APs? What is your current switch port config?

We have only one WLAN on AP.

There is no configuration on the switchport for AP - switch default

There could be some message in log on switch which could give you an answer. Try show logging.

You can try this config:

Is it an IOS AP or Lightweight AP?

Although in your setup you just need the static switchport access command on the port connecting to AP's. With leightwight AP i.e with WLC, AP's donot understand the tagging, so you can safely connect it to any switchport and configure it to a static switchport vlan setting. All dot1q tagging is being handled by the WLC.

If its an IOS AP, you might configure the switchport as Trunk since it needs to pass traffic for all the VLANS.

Can you be a bit more specific as to what problems the clients were actaully experiencing?

It may not necessarily be AP related since you mentioned rebooting the AP did not fix the problem.

Maybe if you had to disconnect / connect the AP's then there is a loose connection to the switch or faulty cable?

Were there any errors on the switchports that the AP are connected to?

There could also for example be a problem with the Windows servers if they are autheticating the clients. Alternatively there could be problems with the DHCP servers.

Please remember to rate all posts that are helpful.

But I have read that command - spanning-tree portfast should be placed only on single host/server not on switch.

As Access Point has similiar role as switch - should it really be used??

And for now it only uses VLAN 1. In future it will also use only one VLAN, but other VLAN ID.

Should I use trunk on port with Access Point, if it will use only one VLAN that would be other then VLAN with other hosts?

I think that Cisco switchport "bugged" at that moment.

Last step was to remove the AP from the switchport, and get it back - and the problem was solved..

All the wireless clients had regular steady connection with normal speed.

I doubt the problem was with the cable, because the uppermentioned step fixed the problem.

I didn't check for any errors on the switch when the AP didn't work as it should. I knew I had to do this - but at that moment I wasn't aware of that.

I also doubt that the problem is with the DHCP, because we also at the time when AP wasn't working gave the wireless clients static IP and the problem was still there..

Basically below cases can be identified in deploying a Wireless solution using IOS APs.

Newly created Wireless VLAN and all clients and APs go in that VLAN.

Furthermore below Cisco article might be useful to check your switch and AP configuration.

If you are having issues with slow connectivity and drop-outs might be worthwhile also checking if all hardware is compatible with each other. Wireless band as well as client wireless cards.

Beginner
In response to lal.antony
Options

Thanks a lot Antony!