Welcome to the new Cisco Community. LEARN MORE about the updates and what is coming.
Turn on suggestions
Auto-suggest helps you quickly narrow down your search results by suggesting possible matches as you type.
Showing results for
Search instead for
Did you mean:
Start a conversation
Options
723
Views
0
Helpful
4
Replies

Thanks For the Help

I have attached a simple diagram to help in the explanation

I have this problem too
Labels:
Preview file
184 KB
0 Helpful
Share
Reply
4 Replies 4 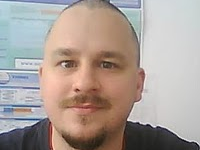 Between the 6509 and the Nexus switchet there is a port channel. There is a VPC created on the Nesus switches.

Participant
In response to tecra810076
Options

The easiest way to check this is by entering the following command:

First, try it with server for src ip, client in VLAN 300 for dst ip, server for src-mac and Cat6.5k for dst-mac. Then you can check if changing the dst-ip will change the used interface too.

Thanks for the information. It helped