Cisco Community
English
Register
Login
RegisterLogin
Options
Turn on suggestions
Auto-suggest helps you quickly narrow down your search results by suggesting possible matches as you type.
Showing results for
Search instead for
Did you mean:
1107
Views
5
Helpful
5
Replies
Highlighted

I got a new C3750 installed on my network, which runs MSTP implementation against Allied-Telesyn switches using also MSTP.

I have no problems in the past with MSTP using other brands, but now I do have a issue when I plug the C3750.

When I connect the switch i receive this message:

As you can see, the error is similar to a few listed in the "Error Messages" from this IOS, but instead report that a "inferior PVST BPD" is claiming that is a root. My core switch got a priority of 0 (zero) so it will always be the highest prio one, but seems that this client got also a Cisco switch and certain feature is affecting my C3750 (this doesn't happen on the AT switches, which are working good and doesn't suffer any problem).

Do you have any ideas hold I could resolve this thing? (avoiding the popular "BPDU filtering" cause it could trigger worse things like unknow loops.

Best regards to all, 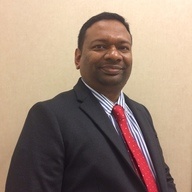 On the C3750, can you do a " no spann mst simulate pvst global" command on global config mode.

I suspect it should be with the PVST simulation.

Beginner
In response to Pari Thiagasundaram

Do you know which IOS version support this feature?

This CLI is an *internal* tentative for the knob that I was referring to. It is not available in the IOS yet and the format of this command could still change. The feature is not scheduled for the C3750 so that's why it is useful to show your interest for it.

I don't have an example of filtering based on destination mac address (and I don't know if it's feasible on the 3750). Could someone who has already done that help?

The problem is not coming directly from the allied telesyn. My guess is that there is a PVST switch connected to the allied telesyn. The allied telesyn is flooding the BPDUs from the PVST switch and they are hitting the Cisco MST device that thinks it is connected directly to a switch running PVST. As you may know, there are some restriction in the way a PVST switch can interact with a Cisco MST switch (basically, the information carried by the PVST BPDUs for *all* the vlans must be superior to the information of MST instance 0, or inferior to the information of MST instance 0. It cannot be a mix. All of them have to be better or worse). Honestly, for this kind of scenario, I think the Cisco device is missing a knob that allows ignoring the PVST+ BPDUs. I've already asked for this internally, but I guess that you should also do the request to Cisco on your side, as request coming from customers have much higher weight. The solution I can see are:

- have the allied telesyn somehow filter the PVST+ BPDUs

- make sure that no PVST+ device is connected to the allied telesyn.

- have some mac address access list on the Cisco device dropping the PVST+ BPDUs (I know this is possible on some cat6k, I'm not sure about the C3750). The simple way to drop PVST+ BPDUs is to drop anything that has a destination mac address of: 0100.0ccc.cccd

- Use a Cisco MST bridge at the edge instead of an allied telesyn;-)

Beginner
In response to Francois Tallet

Do you know any examples on how to drop PVST+ BPDU's around the net?

I think at the end I will have be to put Cisco on the edge and forget about Allied Telesyn MST (maybe change it to run RSTP, cause it doesn't support PVST, there implementation was directly to MSTP) due to this PVST+ issue. I'm a service provider and I don't know when a customer would use a Cisco Switch using PVST