Welcome to the new Cisco Community. LEARN MORE about the updates and what is coming.
Turn on suggestions
Auto-suggest helps you quickly narrow down your search results by suggesting possible matches as you type.
Showing results for
Search instead for
Did you mean:
Start a conversation
Options
137944
Views
57
Helpful
20
Replies

Ok , I am studying little bit of switching technology for my day to day job requirement. May be following are very basic questions for you guys but really difficult to understand for me.

I also get the MAC address. So what MAC address is announced in BPDU's to decide the root of the network ?

1 person had this problem
I have this problem too
Labels:
0 Helpful
Share
Reply
20 Replies 20

BPDU's are used Spanning-tree, and while there is more to be explained than that, the easiest way is to point you to the section of cisco's site that covers the configuration, explanation of and adminitration of spanning-tree, and its uses.

I hope this helps, if you need anything else just post any additional questions.

Beginner
In response to normanjeter
Options

Thanks Norman for your reply.

The document you refered is much technicial. I only need the answer of one question.

Advocate
In response to tahir1234
Options

Your switch is likely to have many MAC addresses.

If you do a show interface for each of the interfaces, you will probably find that each one has a different MAC address.

There is one "master" MAC address for the switch, known as the Bridge ID.  You can see that be doing a show spanning-tree and looking for the "Bridge ID" (not necessarily the Root ID).

Yes Kevin , it is good explaination but when we run "show version" we see the MAC address. So is this MAC address the Bridge ID that is used in spanning-tree for the selection of root bridge ?

Advocate
In response to tahir1234
Options

Beginner
In response to jagjeet.randhawa
Options

Hi,
it depends on the IOs and platform version. I give the most i know:
show version some old version
show sh int e0/0 | i bia >>>>>only for first module 0/0 otherwise it increments
show tech | i Amd >>>> it s the first line is the switch mac
shoz spanning-tree >>>put your switch spanning-tree priority 0 for all vlan or one vlan >>> you have the Root ID and the bridge is.root is this switch of course.
for 4000 and 6000 series is a little different and the show module will give you an idea about all macs used in the specific card.
Regards

[Kevin Dorrell] If you do a

i agree though if you type show mac-address-table | i No  then I think you'll find what you're after.

The mac address of a switch is usually the preceding number of the MAC-Address on the first port .

Beginner
In response to tahir1234
Options

I know this is old but I recently learned this command. Try it out. It shows the mac address of the interface, not what's attached.

Beginner
In response to fixitrodd
Options

I also came across to figure out how to get this mac address. I found in 3 ways. BTW I tested this with Packet Tracer 7.2 for Cisco 3560 switch not sure, if this is true for the actual hardware.

I hope this helps others that are trying to figure out this. Again this is based on Packet Tracer and default settings for electing a root bridge. 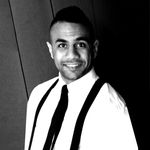 Actually, you are right, you can get the switch's mac address from these commands, in addition to the command:

which shows the same mac address that is shown by the other commands!

The most interesting that get my attention when you have mentioned the # show int vlan 1, and what I would like to share, that each SVI should get a unique mac address as the default one (vlan 1), and the logic of the switch of giving mac addresses to the created SVI is to change in the last 2 characters of the switch mac address itself, and start addressing by 01, then 02 and so on, each time you create a new vlan and make its SVI up, it will directly give it a mac address according to this logic!

you can get now the mac address of the switch itself that is used in the STP election, for example

then make its SVI up by typing #int vlan 5

now, you can use the command #show int vlan 5, to get the mac address of the SVI of vlan 5,

you will find it

3. if you configured one more vlan and make its SVI up, it will get

So, the only factor that controls the value of the last 2 characters in the SVI, is the precedence of vlan and it's SVI creation!

Sounds interesting to try ? Please try it and give us your feedback, if it's a useful information that can add something to your experience and knowledge!

FYKI, it can be tested via Cisco Packet Tracer.

About the last Hex XY or lets say last byte is split in 2 part XXXX YYYY. One part is the slot number and the second part 4 bits are for the port number when you have a fixed number of slot and type( i will explain latter)  . Once again it depends on your platform, stack, module, IOS version and the type of port Ethernet, Fast Ethernet...it s different from one to another. sometimes it first XXXX are port and YYYY are slot.

I  tested with this version adventerprisek9-15.1 with only 2 slot and 4 port each.i did a quick test by creating 3 vlans :

The most important thing is to know your  switch mac add  and this is your ROOT hardware address. The choice of the 2 last byte depends may be on some hardware  algorithm implemented  by Cisco.