Cisco Community
English
Register
Login
You are invited to join the Cisco Webex Global Virtual Hackathon - 60 teams will win! - Click HERE to learn more
RegisterLogin
Turn on suggestions
Auto-suggest helps you quickly narrow down your search results by suggesting possible matches as you type.
Showing results for
Search instead for
Did you mean: 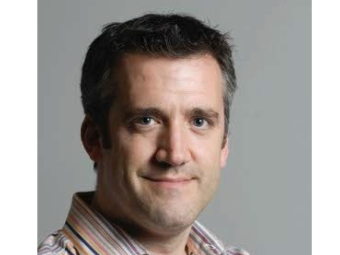 First off we need to distinguish between the OpenDaylight and Cisco OSC API structure.

In OpenDaylight the restconf API is at http://controller-ip:8181/restconf  (replace controller-ip with your own controller's IP!)

In Cisco Open SDN Controller (OSC) the restconf API is at https://controller-ip/controller/restconf

So then there are 3 types of restconf data:

The next thing to be aware of is that whenever you see a URL component (i.e. text between two slashes) that has a colon in then that data is interpreted as yang-module:top-level-data-item.

In this post I will focus on working with network topologies (and in particular on the NETCONF topology/inventory and how we can use that to configure the controller itself), but the basic ideas here are applicable to other parts of the restconf API.

The network-topology container in network-topology.yang contains a list called "topology".    To get a list entry in RESTCONF you need to give the list name and then a value for the list key.   The key to the topology list is the topology ID.  So, for example to get the NETCONF inventory in Lithium or later you need to add "/topology/topology-netconf" to the URL above.

(Note that in Hydrogen and Helium the NETCONF inventory was at opendaylight-inventory:nodes and that still works in Lithium, but will no longer work from Beryllium).

Note that each individual topology may augment the base IETF topology model.  So e.g. for PCE-P there's a yang model - network-topology-pcep.yang which augments the topology with PCE-P specific attributes and which adds 3 RPCs for add-lsp, update-lsp and remove-lsp.  So e.g. to add an LSP you can POST to "..restconf/operations/network-topology:network-topology/topology/pcep-topology/add-lsp" with the appropriate body.

So in the topology-netconf case the next thing to do is generally to select the node from the topology.    A topology contains a list of nodes and a list of links.   The list of nodes is called "node" and the key is the node-ID.  So to access e.g. the OpenDaylight config subsystem you add "/node/controller-config".

The OpenDaylight config subsystem is a special case of a netconf node.  It is part of OpenDaylight itself and it listens on port 1830.  So if you do a “netstat -an” on your ODL instance you ought to see a local connection on port 1830.

OpenDaylight also listens on port 830 but provides only limited model support there.

You can also configure ODL to listen on port 2830 if you enable the feature odl-netconf-mdsal.   In that instance ODL exposes the same set of models over NETCONF as over RESTCONF.

Now for any netconf node if you want to access models exposed by that node over RESTCONF you need to add “/yang-ext:mount”.

so if you go to ../restconf/operational/network-topology:network-topology/topollogy/topology-netconf/node/controller-config you will see all the models exposed by the config subsystem.

from the above URL you can see that the config subsystem exposes the "config" model.   That model has a top level container called modules.  So now you can add "/config:modules".

The modules container contains a list of “module” with a key of “type name”.  so you need to add something of the form “/module/type/name” to select a specific module (in RESTCONF when a list has multiple keys you put slashes between them).    One challenge here is that the type is typically defined in a different module somewhere.

Not if you want to modify that RIB you need to do a PUT to that same URL with a modified body.  POST worked for Hydrogen/Helium but as of Lithium it's only possible to use POST to add new data, not to modify existing data.

Latest Contents
Finesse - HistoricalGadget
Created by boyd.lynn on 11-26-2020 11:37 AM
0
0
0
0
Hi, I am trying to us the Finesse Historical Gadget to display a historical CUIC report and struggling with the filter configuration. I presume that this is what this gadget is for? I get the following error Error fetching filter info. Requ... view more
CUIC v12.0 - Customized report is not showing all records fr...
Created by YSear on 11-25-2020 08:01 PM
0
5
0
5
Hi,I've customized a report for client in CUIC v12.0.Report details as below:- Report definition: Query (SQL Query)- Data source: custom database I have encountered an issue that the records are not all shown in CUIC.Example: running the same query d... view more
Axl response from listGateway uuid, cannot use for getGatewa...
Created by Evanchik on 11-24-2020 06:21 AM
1
0
1
0
On the topic of AXL API endpointlistGateway - provides you with all the gateway in all versions of cucm correctly, when I take the uuid, and then try to figure out its endpoints with getGatewaySccpEndpoints. (Fyi there is no getGatewayMgcpEndpoints, thats... view more
How to understand Remote Presentation
Created by Bar1s on 11-23-2020 10:43 AM
0
0
0
0
Hello,We have a codec pro and a room kit mini. On the codec pro we using video matrix composition to show different custom layouts with using macros.On one to one call, if remote side shared a presentation how we can understand whether presentation is&nbs... view more
UCCX Costumer Call Priority
Created by m.sabir71 on 11-19-2020 03:41 AM
0
5
0
5
Greatings, We are using UCCX v 12.5 , And we have VIP costumers we want to set priority to these costumers in the application script to be the first in the queue , They are calling us using thier mobile phones , we need to set thier numbers to highes... view more
CreatePlease login to create content
Discussion
Blog
Document
Project
Video
Related Content
Discussions
Documents
Events
Videos
Projects
Content for Community-Ad