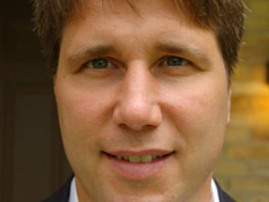 It's not often that Cisco can claim Hollywood credit, but we can claim something better - we are bringing Hollywood to life.

Oblong Industries, a Cisco solution partner, was founded by the man that Hollywood turns to for envisioning the future of human computer interface as seen in blockbuster movies - like Minority Report, The Hulk, and Iron Man - John Underkoffler. At some point, he decided to make the futuristic concepts a reality. The best part? That reality works seamlessly with Cisco technology.

So what does Oblong do?

Oblong puts a multi-stream content layer on top of Cisco Webex.  Do you want to share content in a more flexible way? Do you want to make your content more interactive with multiple people sharing at once?  Do your collaborators want to see content from different sources side-by-side? Do you want your system, room, and environment to be so immersive that people can't help but be captivated? 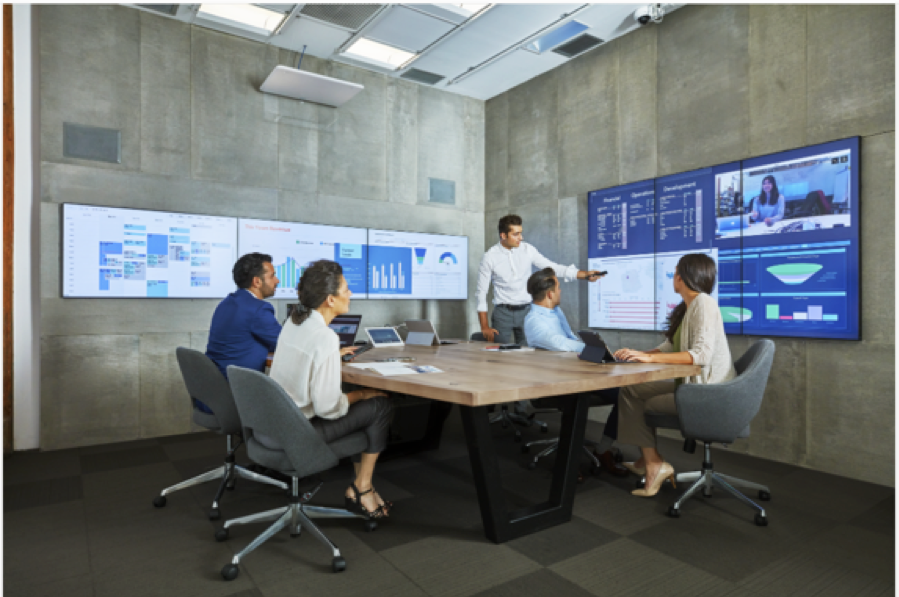 A really cool aspect of using Oblong is the experience in a meeting room.  When you walk into a room with Oblong's Mezzanine product, you'll often see a number of large screens arrayed to form the shared, pixel-rich workspace. (You might even see screens on multiple wall surfaces.) There is a remote control called a wand that provides for gesture control of the information - while another group at some other location are also doing the same. You're all working together, seeing and controlling the same content at the same time.

For an example of the utility Mezzanine brings to projects, check out this short video illustrating how a workflow in Cisco Webex Teams can jump from desktop to multi-stream Mezzanine meeting space for collaborators in multiple locations.

Or take a deeper dive, and go behind the scenes at Oblong with Spencer Kelly of BBC Click

Behavior is driven by the tools and environment that people are in.  If you have a traditional meeting, right after lunch when people's blood sugar is dropping, and someone is droning on, presenting from a slide deck, people just aren't fully engaged.

Put those same people in a room with an immersive Oblong <> Cisco Webex experience - huge screens, all sharing content at the same time, engaged in discussions - it's exciting!

It's like you're actually in the movie instead of watching one.  If you're interested in how Oblong can do this for your customers or at your company let us know.  Then, at your next meeting, your team might confuse you for Tony Stark.

And, if you're interested in hearing from the man himself, check out John Underkoffler's TED Talk on the future of Human Machine Interfaces.

Latest Contents
Call Costume Variable Report not matching Handle calls total...
Created by mcolon on 05-13-2021 01:38 PM
0
0
0
0
Hello, Does anybody know why the Call Costume Variable Report does not match the number of Handle calls total from Contact Service Queue Activity Report? I have removed all Contact Disposition and focus on the Handle (2) calls and still, it doesn't m... view more
Calls dropping while in script - UCCX 11.6
Created by John_Vinson1683 on 05-13-2021 05:48 AM
0
0
0
0
Hi allI wondering if anyone can help me with this issue. We have multiple UCCX11.6.2 HA clusters within our environment and have been having an issue with calls getting though the UCCX script queue and disconnecting when they are being presenting to ... view more
cisco celling microphone
Created by 서경산업 on 05-13-2021 12:40 AM
0
0
0
0
안녕하세요. 서경산업 입니다.celling microphone 을 설치중입니다.room kit 이 없는 상태로 마이크를 활성화 하려고 합니다.마이크의 UTP Cable 8PIN 의 PIN DATA 를 요청드리오니 답변 부탁 드립니다.ex) 1 : POWER+  /  2 : POWER-  /  ....... 8 : ****빠른 답변 부탁 드립니다.  감사합니다.
Finesse Gadget HIDE button for Consult calls only
Created by smeegada1 on 05-12-2021 12:42 PM
8
0
8
0
I have created a button to display when call is active and in agent in TALKING status but noticed button is displaying when Agent trying to Consult with other agent(since agent status is TALKING) and would need help on how to hide this button for Consults... view more
Cisco CVA DialogFlowIntent/DialogflowParam question
Created by Richard.BartolucciJr on 05-12-2021 09:41 AM
0
0
0
0
Setting up a small trial flow in CVP 12.5 to communicate with a Google DF agent. I find that when I use the DialogflowIntent and DialogflowParam elements that CVP ignores the text defined within Google DF and instead uses the local TTS defined in my call ... view more
Create ContentLogin to create content
Question or Discussion
Blog
Document
Project Story
Video
Related Content
Discussions
Documents
Events
Videos
Project Gallery
Content for Community-Ad