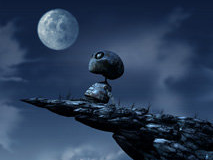 iTunes Sharing and Multicast on CAT3560

I'm having trouble in making this work across VLANs.

I've already enabled ip multicast-routing on the switch. In the SVIs I have the ip pim sparse-dense-mode command.

Everything works fine if I'm on the same VLAN.

Between VLANs it doesn't work.

what am i missing here?

The TTL is most probably set to 1 on the multicast packet.

Beginner
In response to Harold Ritter

The final scenario will have several switches but for the purpose of this test I'm only using one switch.

Do I still have to worry about TTL even though this is all happening in one switch?

Cisco Employee
In response to pmarques

If the switch is configured as a L3 device, which seems to be the case, then the answer is yes, you do need to worry about the TTL of 1.

If the switch was configured as a L2 device only then you wouldn't need to worry about the TTL.

The application is trying to initiate a sparse-mode session. You've got two choice, ether configure your pim to use dense mode or configure you a rendez-vous(RP) point for your pim session

I would do the second.

Contributor
In response to dominic.caron

Pedro is correct with the TTL issue, it a very common issue... but i ve never seen that with Itune...

Beginner
In response to dominic.caron

I did some more testing, checked the TTL on the multicast packet (it was set to 255) and somehow I'm getting the impression that iTunes will only work in a pure L2 environment.

I say this because I used another multicast application (VLC) and with the same configurations everything worked fine.

So for me, as of now, iTunes doesn't work across VLANs.

Beginner
In response to dominic.caron

I understand the need for a RP in a multiple switch / router environment.

In the context of my tests which include only one switch (which, by default has autoRP enabled) I don't quite see the need for an explicit RP configuration.

Somehow I would still think I would be able to see the group 224.0.0.251 which seems to be where the actual sharing is occurring.

I will later get back to the lab and do further testing.

Beginner
In response to pmarques

your switch is routing between vlans, thus the need for at least somthing like a autorp setup and pim enabled on the interfaces involved. Also have you enabled multicasting routing? If you want SAP make sure that you have ip sap listen on the SVI you have the announcement sourced.

Beginner
In response to nathan.haley

Beginner
In response to pmarques

has anyone find a solution to this? this is currently my problem as well. i can't get bonjour to work across multiple vlans.

Cisco Employee
In response to jmagnaye

Do something similar but not with iTunes directly. Using AirPlay on Apple iOS and Apple TV devices.

on a 3560 running IP Services and on the two vlans:

I'm able to see the Apple TV devices while on the same subnet, but once I switch to the other subnet, the device are no longer visible.