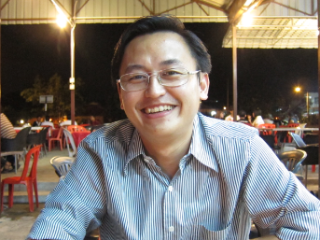 I've created a couple blended agents (voice + IPTA skill group) in ICM. Any attempts to have voice + NIPTA will result in the attached error.

I want to have agents handling both voice & picking up emails from the NIPTA queue. Is that possible?

Labels:
Preview file
45 KB
I have this problem too
0 Helpful
Reply
7 REPLIES 7
Highlighted

I'm not keen on the non-IPTA idea at all. Haven't used it in production, and just don't see the need.

How do emails get into non-IPTA skill groups and what is their purpose?

Enthusiast
In response to geoff

The intention is to provide the ability to cherry pick the emails (initially) and only later on move to a fully push based routing.

Wouldn't the emails be routed to NIPTA label if its unable to find IPTA agents?

Advocate
In response to lohjintiam

If that's how your script is configured, yes. Do you have a wait node followed by the NIPTA label?

But why not set up the Router MaxTimeInQueue to be long (say 5 days) and the timeout on the Media Class, and MRD to be equally long (or slightly shorter) and just let the calls stay there in the Router until an agent can take the email. If the limit is reached, calls end up in the Exception Queue and the supervisors can pull them out and requeue them.

Participant
In response to geoff

For the supervisors to be able to pull from the expection queue i believe they have to have the admin right assigned to them in EIM. Is that correct?

Advocate
In response to matthewpage

No, they don't need as much permission as the PA. I can't quite recall what I did to make this work. Let me look into it.

Participant
In response to geoff

No not the full PA but I believe you need to give them department Admin. I will interested if you have it configured any other way.

When an agent logs in and is a member of more than one UCCE managed MRDs the tasks they are skilled to accept are then governed by the rules of that MRD, is it an interruptable MRD or non-interuptable.  With an agent acting as a NIPTA agent, that is basically a stand-alone CIM agent and UCCE does not manage the avialability of that agent at all.

As Geoff had hinted to, there are other ways to do what you are attempting to do within UCCE scripting.  For example, you can create two skills, one for more skilled agents and the other for those being trained or whom work as a back up.  Off the first QueueToSkillGroup node put a wait node for the time that you want an activity to wait for the higher skilled agent.  When that timer elapses, have the failure go to a second QueueToSkillGroup node which also takes into account the skill witht he agents that are acting as a backup.

Of course, that's just one idea.

Hopefully that helps you..