Welcome to the new Cisco Community. LEARN MORE about the updates and what is coming.
Turn on suggestions
Auto-suggest helps you quickly narrow down your search results by suggesting possible matches as you type.
Showing results for
Search instead for
Did you mean:
Start a conversation
Options
8215
Views
25
Helpful
11
Replies

Hi, everyone have any complete example where you apply the trigger http in CCX 8.5, in the guide administration CCX there is

very little information about It. Step 1 - Create and upload the script

Step 2 - Create an application and associate the script

Point your browser at  http://

Note: there is no trailing forward slash

Do you have any practical example   that you have used in reality?

Well yes, but I'm not just going to give you my code for free.  I, as will many others on this forum, will help you with specific problems though.  Is there something you are looking at doing, and just don't know how to get started?  Or are you just curious as to how others are using HTTP triggers within UCCX?

Anthony, of course I do not expect your code. what happens is that Cisco is very little information, in CCX 8.5 no longer has chat functionality and I need to know well how work the http trigger to see if I can address to a chat engine developed and is operational.

I do not need the code, may be a functional or block diagram based on a real application I describe how it works

Beginner
In response to jagifoto1
Options

In your send http response, instead of having Text,  can you put the value of a variable.

So let's say there is a call that goes in the queue and it verify the average waitting time in the CSQ,  can this value be in the http response so if we type the http://CCX:9080/CSQ_Average    ; we will get the value...  and the value will change each time there is a call i guess 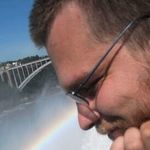 You can send back virtually anything. For instance, I have seen a customer using a bunch of HTTP UCCX applications exposing some interesting reporting data, as XML.

Anyone have an example of a Variable in the TEXT..

a basic example with variable instead of text ?

I was sondering how can I insert variable instead of text.. I am not a pro..

Also, I have UCCX Standard,  I see the object to Send HTTP Response, but I don't think I have the option to Add an HTTP Trigger with this CCX Version..  anyone have a suggestion ?

Hi, no, unfortunately, you don't have the possibility to use HTTP triggers (~ applications) with UCCX Standard. UCCX Premium or IP IVR is necessary.

If I have UCCX Premium, can you anwer question from Philippe?

"Anyone have an example of a Variable in the TEXT.. "

If the script were pointing to an XML document, would it show the contents of that doc or is the HTTP Response step still required?

Advocate
In response to krailbv01
Options

okay, what do you mean by "script were pointing to an XML document"?

I sort of can't imagine pointing a script to an XML document. Can you explain this, please.