SIP calls drop after 15 minutes in Branch office. Re-Invite not propagated by Carrier

In troubleshooting I’ve found that the SIP Re-Invite never makes it to the far side if I call from another branch. I traced a call from another branch office running SIP with a CUBE (with phones connected to CUCM as well) and called the branch having the problem via the PSTN. Both sides negotiated successfully and I let the call stay connected. At 15 minutes, the branch that initiated the call sent a SIP Re-Invite (via CUCM and then the CUBE) to the far side. The far side (called side) never received the SIP Re-Invite. At about 16 minutes CUCM at the called site sent a BYE thinking the call was not still connected.

I contacted the carrier (International Carrier in the UK) and gave him the SIP traces. Carrier came back with the following

“advise customer that the o line in the sdp doesn't change and that is why the re-invite doesn't propagte to the other side. The reinvite is not needed howevr to keep a call up. I recommended that UK CPE be checked furhter to determine why the cause =86 BYE is sent form it as there is no spec of RFC requiring a reinvite every 15 mins. “

Is there a way to solve this via CUCM? It would appear to me that SIP would need a mechanism to close out calls and the Re-Invite would be it.

Labels:
6 people had this problem
I have this problem too
0 Helpful
Reply
11 REPLIES 11
Highlighted

we  have a similar issue. However, I see the re-invite going out to the ISP and they respond with a 481 Call/Transaction does not exist

Did you get any additional feed back on this.

Beginner
In response to oquinones

Hi, I lowered these values in CUCM and then it worked:

you can also try to lower these values on CUBE:

Rising star
In response to c.hennrich

All that does is prolong the time before the issue occurs.

Enthusiast
In response to c.hennrich

Thanks for the info. I reconfigured the min-se on the CUBE. However, the 200 okw SDP from the CM is still sending 1800. I noticed that the invite from the SP does not have MAx session defined. In my opinion since the CM can not agree on the MAx session it trays to renegotiate the call by half of max session of 1800 sec  which is 15 minutes. I had engaged the SP to investigate why they call is not sending the max session and why are they tearing down the call.

Rising star
In response to oquinones

That means they've already cleared the call which usually means the refresh wasn't sent before the timer on the ISP side expired.  We'll need to see the traces for the full call to look at timing and which side was supposed to have the refresher role for that leg.

My Customer is having the same problem. Had any solution about this?

Frequent Contributor
In response to oquinones

My Customer is having the same problem. Had any solution about this? 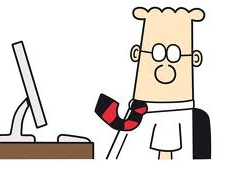 There's a CUBE in the middle, can you capture:

Please also attach the sh run from the CUBE.

My Customer is having the same problem. Was possible identificar the root cause?

My Customer is having the same problem. Was possible found the solution for this?