No surprises!  Understand the main parameters on a Stateful Firewall data sheet and do a conscious selection of a device that meets the needs of your environment.

This article analyzes four metrics that must be considered in conjunction whenever firewall performance is under discussion. The first two (throughput and forwarding capacity) are also relevant for routers and switches, whereas the other two (connections  per second and concurrent connections) become meaningful for stateful  devices. 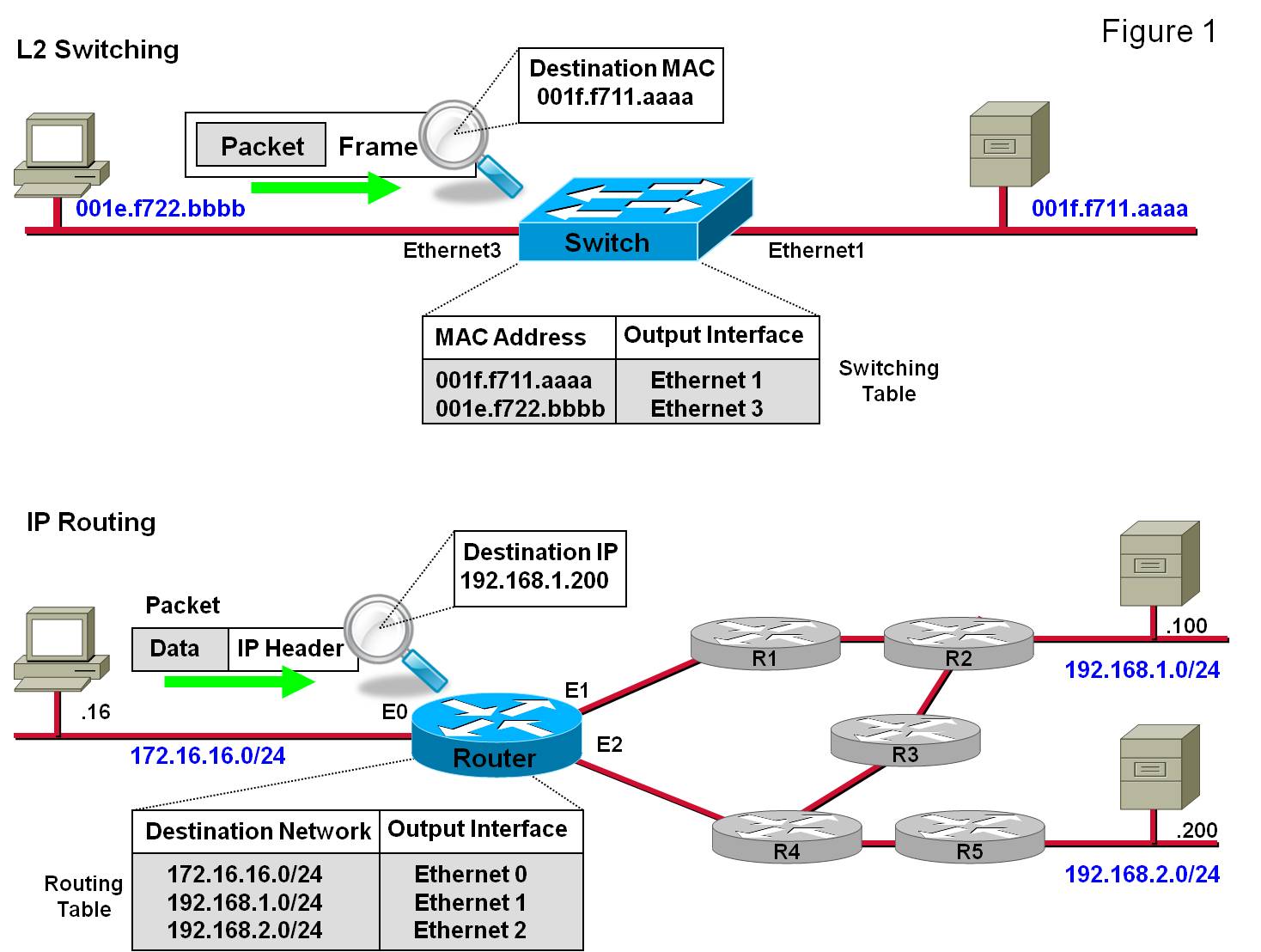 The throughput attribute is measured in multiples of bits per second (bps) and is particularly important for a Layer 2 switch, a type of device that  forwards frames based on the association of a destination MAC address to a physical port, as portrayed in Figure 1. This parameter is also referred to as aggregate bandwidth, which, roughly speaking, could be thought of as the volume of traffic (per second) that can be sent over each port multiplied by the number of physical ports interconnected by the switching matrix.

One limitation of the bps perspective is that, by looking at this metric alone, you cannot tell how many frames (or packets) per second are flowing through the device. You know, for instance, that a total amount of 1 Gbps can travel between ports but it is not possible to conclude anything about the average  frame size:

The forwarding  capacity is expressed in packets per second (PPS) and corresponds to the classic metric for evaluating router performance. After building the routing table, the router must have processing power to forward packets, irrespectively of packet size, using an output interface and next-hop combination that lead to the intended destination. Considering that, most of the time, firewalls are inserted in the network topology as Layer 3 elements, this parameter cannot be despised at all. Additionally, from the perspective of a stateful firewall, each connection might contain multiple packets. Two examples that illustrate the relationship between packets and connections are registered here:

I have witnessed many customers complaining that their firewalls were facing problems with small  packets. A few of them even had the impression that their products had some kind of limitation when dealing with this category of packets. In essence, what happened in most of the situations could be described as follows:

Considering that customers associated performance with Gbps, the disappointment was significant: a performance 20 times lower than the marketing numbers. (Just think about discovering that a claimed 30 Gbps throughput was not  more than 1.5 Gbps...)

If your deployment scenario involves smaller packets, the computations should be even more conservative. At this point an instructive exercise is to repeat the previous PPS computations using the Jumbo frames reference:

The basic operation of a stateful firewall can be described as conditional forwarding because it performs various checks before actually using its  backplane to transfer a packet between the ingress and egress  interfaces. To illustrate this concept, a very high-level packet flow for an ASA appliance is depicted in Figure 2. The flow chart in the figure highlights that the firewall initially verifies whether the connection already exists in its state table. On the flip side, for the case of a new connection, there are various decision points in which the packet can be dropped before the firewall actually sends it to the egress interface. Some of these dropping criteria are listed in the  following: 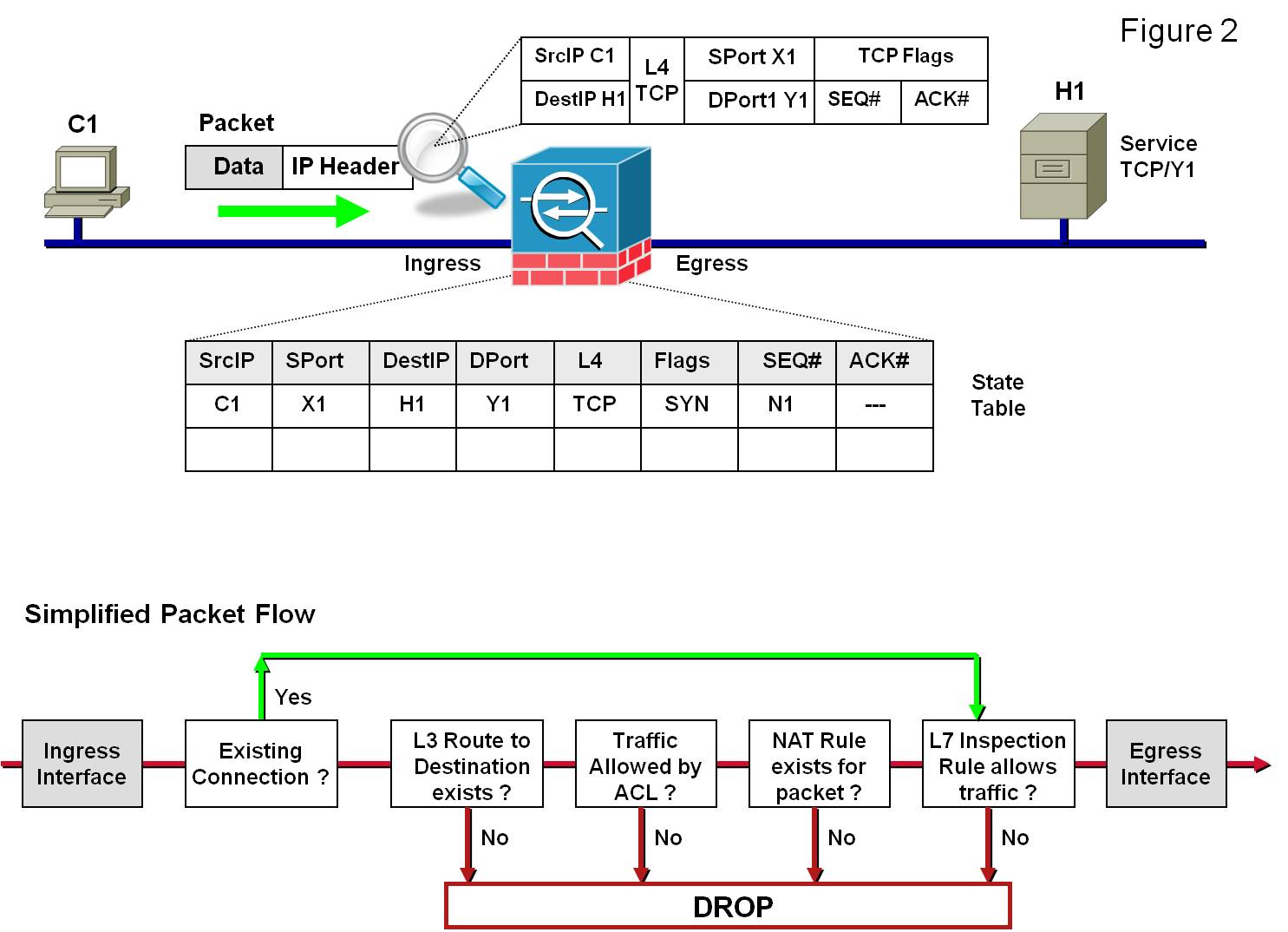 In the event the connection is created, the firewall will need to  maintain the pertinent state information. Given that the state table has  an upper bound of connections that can be held simultaneously, a new  attribute comes to the spot. The Concurrent Connections variable is  directly related with the amount of memory reserved for the state table  an also somewhat interconnected with the CPS value. For instance, the  ASA5585-SSP60 supports 10M concurrent connections and a CPS rate of 350 K ( please refer to Table 1). 10,000K connections / 350K CPS = ~28  seconds, meaning that this ASA model can accept new connections at the  maximum setup rate of 350K CPS for a period of 28 seconds (without  rejecting connections).

After building this distinction between stateless and stateful parameters, even though most people agree that the CPS metric is relevant, they normally complain that it is something difficult to measure. I agree that there no closed answer for this question, but there are some ways of getting a good guidance. In order to help you with this issue, two methods that might prove useful are registered  below: 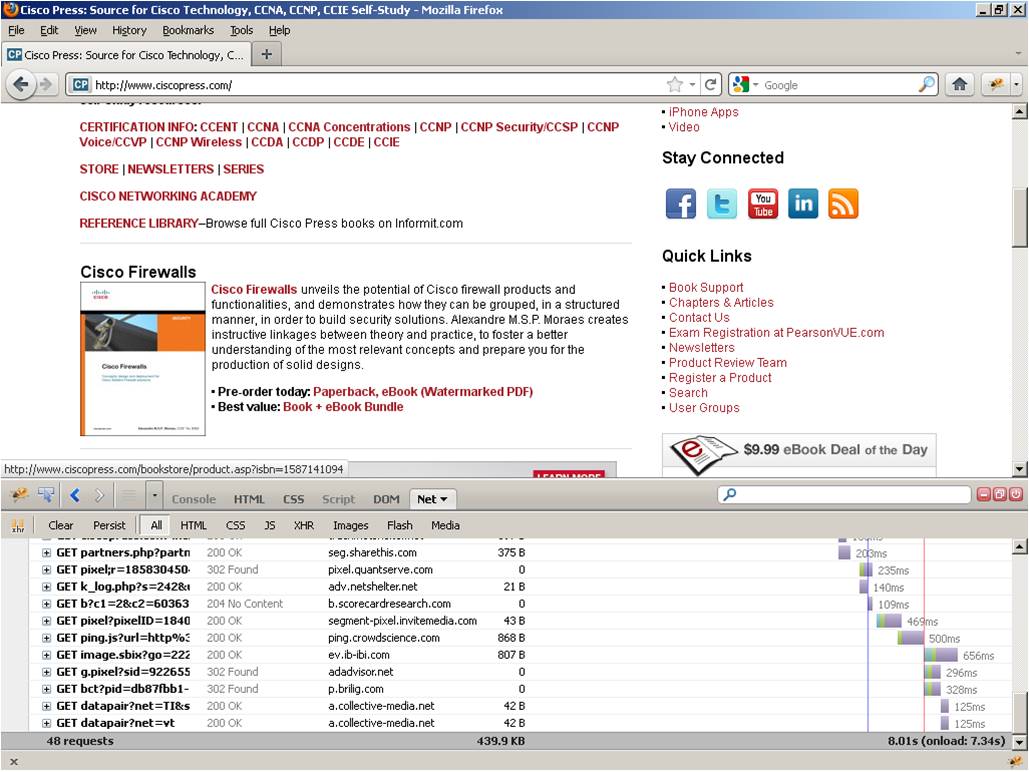 Latest Contents
iOS Guest Portal Linking to Another Guest Portal Issue
Created by paul on 08-11-2020 01:37 PM
0
0
0
0
I have a Hotspot guest portal setup that has a button that links to a sponsored guest portal to allow certain account to sign in and get elevated access.  The button works fine on Android and Windows OS.  On iOS devices the customer is gettin... view more
Site to Site VPN help
Created by NPS_UCS on 08-11-2020 01:14 PM
0
0
0
0
I have a site to site VPN tunnel setup on an ASA device. The tunnel is up and running and traffic is restricted to a single host on my side. The customer has asked for access to another host on my side via the same tunnel to port 7607. The tunnel uses pub... view more
Problems Authenticating and Authorizing Users on new wlan us...
Created by stevemegyery on 08-11-2020 11:26 AM
1
0
1
0
I am involved in rolling out about 40 wifi networks using cisco 3602/2802 aps and cisco 5508 ISE. Our network offers a 2 step authentication with user and machine certificates as well as users needing to be in correct AD groups. The problem we have i... view more
ISE account password update failed
Created by Srinivasan Nagarajan on 08-11-2020 09:26 AM
1
0
1
0
Hi Experts, We're running ISE version 2.6 Patch 7 installed. On SAN, we noticed, it's left the AD and in the Report->Diagnostics,  it showing as ISE account password update failed. As per the below URL, ISE machine account has set t... view more
Cisco no longer offering RMAs?
Created by aswit on 08-11-2020 08:50 AM
1
0
1
0
We have an active SNTC 8X5XNBD support subscription and we have created a case for an RMA two weeks ago. Yet we still haven't received an RMA in our ticket and we have no place to ship our defective product to to get a replacement. Did Cisco stop acceptin... view more
CreatePlease login to create content
Discussion
Blog
Document
Project
Video
Related Content
Discussions
Blogs
Documents
Events
Videos
Projects
Content for Community-Ad