Turn on suggestions
Auto-suggest helps you quickly narrow down your search results by suggesting possible matches as you type.
Showing results for
Search instead for
Did you mean:
Start a conversation
Options
527
Views
0
Helpful
4
Replies 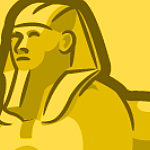 I doubt that that will work.  The PID is burned into the router and adding the module won't change the PID.  I expect that IOS will only activate the wireless module in a W router with the wireless PID.  That's probably intentional because of regulatory implications for the products.  In any event I'd expect to see something in the logs when it boots up.

Note : both are end of Life now.

I might add that when swapped back both routers worked flawlessly.