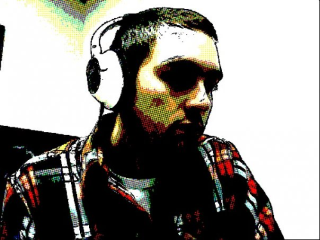 We an issue arise after a MLPPP conversion on a branch router (we will call this router A). After the conversion on Router A Router B when on our broadband back up connectivity, Keep in mind that both Routers have completely different CER and PER as well as BGP AS numbers and Router B has been installed without issues for a long while.

Now after the conversion of Router A I had forgotten to remove the old BGP neighbor statements from the configuration. Router A was routing traffic across the T1 circuit, but Router B was going across the back up connectivity.

A Trace route from my computer in my home office to Router B showed the hop path to be Main Router > MPLS network > old PER of Router A > old CER of Router A.

Connecting to Router B and pinging the IP of the interface assigned to the T1 would was not pingable even though the interface was up/up. This caused us to believe we had a routing issue with our MPLS network provider.

After some time of fighting with them I remembered to remove the old BGP neighbors from Router A, during this change I accidently removed the new BGP neighbor statement. Once this was done Router B started to pass traffic across the T1 to the MPLS network and the trace route was correct to the destination.

I am at a lost for words on explaining what happened. I hope someone out there might be able to explain this to me in better detail.

Latest Contents
Cisco Meraki IoT specialist will introduce you to new and in...
Created by sullskog on 04-15-2021 01:09 AM
0
0
0
0
Leopold Fisher, Cisco Meraki IoT specialist, will introduce you to new and innovative additions to the Meraki portfolio coming in April 2021.         Meraki Vision Session MV smart camera range is getting big... view more
Dynamic Routing Protocols with IPv6: Configuration, Verifica...
Created by ciscomoderator on 04-13-2021 02:39 PM
0
5
0
5
To participate in this event, please use the  button to ask your questions Dynamic Routing Protocols & IPv6 Have any questions on dynamic routing protocols with IPv6? In this event we will answer all your questions related to dynamic routing pro... view more
Living on the Edge with the Secure Cats
Created by almuench on 04-07-2021 01:34 PM
0
0
0
0
The cat's out of the bag! In October 2020, Cisco announced the Next Generation of Enterprising Routing Platforms: the Catalyst 8000 Edge Platforms Family including the Catalyst 8200, Catalyst 8300, Catalyst 8500, and Catalyst 8000V. The new family of Cats... view more
Community Live- Smart Licensing Using Policy (Routing) – A S...
Created by Cisco Moderador on 04-06-2021 06:31 AM
0
0
0
0
Community Live- Smart Licensing Using Policy (Routing) – A Simplified Licensing Approach (Live event -  Tuesday, 18 May, 2021 at 9:00 am Pacific/ 1:00 pm Eastern / 7:00 pm Paris) This event will have place on Tuesday 18th, May 2021 at 9:00 hrs PDT&nb... view more
Networking and Data Center Products Overview (Spring 2021)
Created by Kelli Glass on 03-31-2021 12:46 PM
0
0
0
0
Welcome to the overview guide that covers the latest in Cisco Networking and Data Center innovations and new product introductions. You'll find information on Intent Based Networking updates, special promotions and free trials, as well as exclusive upcom... view more
Create ContentLogin to create content
Question or Discussion
Blog
Document
Project Story
Video
Related Content
Discussions
Blogs
Documents
Events
Videos
Project Gallery
Content for Community-Ad