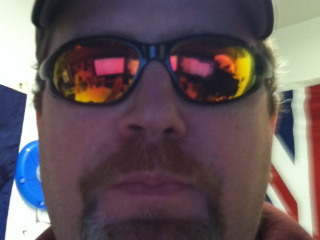 Media Master Toolbar in Unity 4.2 will not record

I'm trying to set up a basic call handler menu system. The Media Master toolbar loads and I can set the options I want. It's set up to use my IP phone as the record/playback device. The extension and server IP are set. When I press record, the system calls my phone but will not record a message. I don't even get the beep that announces the recording has started. The cursor flashes back and forth between the pointer and an hour glass. I cannot stop the attempted recording but after a minute or two it stops by itself. I have tried it on two seperate machines one running IE 6 and the other IE 7.

DCOM is running on both machines and I have removed and reinstalled the activex control. Neither is running a firewall and I even tried disabling the antivirus in case it was interfering with DCOM traffic.

Anyone run into this?

Latest Contents
Blast Dial Feature for Spaces on Cisco Meeting Server 3.2
Created by meddane on 09-21-2021 11:38 AM
0
0
0
0
Cisco Meeting Server 3.2 supports the Blast Dial feature. With Blast Dial, you can add a predetermined list of participants to a space where you configure blast dial. When any participant dials in to the space, all the other participants are dialed out si... view more
WebEx Meeting Center Shortcuts
Created by sudiplamichhane on 09-19-2021 02:13 AM
0
0
0
0
Shortcut ActionCtrl+W Close Meeting CenterCtrl+T Transfer filesCtrl+Z Undo last actionCtrl+Y Redo last undone actionCtrl+Alt+F Display Font Formatting dialog boxCtrl+Alt+O Share presentation or documentCtrl+Alt+A Share applicationCtrl+Alt+D Share DesktopC... view more
Play Upload Audio Files Cisco Unity Connection using AudioTe...
Created by meddane on 09-17-2021 03:44 PM
0
0
0
0
Do you experience the following error on Cisco Unity Connection: Sometimes when you try to play or upload Audio Files for greetings in Unity Connection under the Call Handlers such as the System Call Handler Opening Greeting,  in Standard/Closed/Holi... view more
Cisco Expressway Series Clustering Configuration From Scratc...
Created by meddane on 09-17-2021 03:27 PM
1
10
1
10
This document describes the implementation of Clustering for Cisco Expressway Series Edge and Core from scratch.
Ad Hoc Conferencing With Cisco Meeting Server as the Confere...
Created by meddane on 09-17-2021 05:57 AM
0
0
0
0
When an Ad hoc conference is triggered by an endpoint to escalate a point-to-point call into a three-way call.HQ-CUCM sends an API request via HTTPS to the Cisco Meeting Server to set up a conference. You can see from the event log of CMS that API us... view more
Ask a Question
Create
+ Discussion
+ Blog
+ Document
+ Event
+ Video
+ Project Story
Find more resources
Discussions
Blogs
Documents
Events
Videos
Project Gallery
New Community Member Guide